Like an ominous scene from a classic horror movie, rising inflation in 2021 was expected to be the boogeyman that killed the “everything rally” in 2021. But with the S&P 500 up 15% year-to-date, that massacre has yet to arrive.

Last year, many pundits predicted that inflation would pick up steam in 2021 as the global economy rebounded from the COVID-19 pandemic. And while global economic activity has undoubtedly increased in recent months, some key interest rate (i.e. inflation) metrics have moderated—particularly U.S. Treasury yields.

Treasury yields represent the return on U.S. government debt and frequently serve as the “canary in the coal mine” for the underlying economy.

For example, the yield on the U.S. Treasury Note was trading above 3% back in the fall of 2018, before plummeting to an all-time intraday low of 0.318% during the height of the March 2020 meltdown in the financial markets.

That same yield has staged an impressive rally in the time since, bringing the 10-year Treasury all the way back to 1.78% this March. As a result of that move, many market participants feared that the yield on the 10-year Treasury could rise as high as 2.50% by the summer. 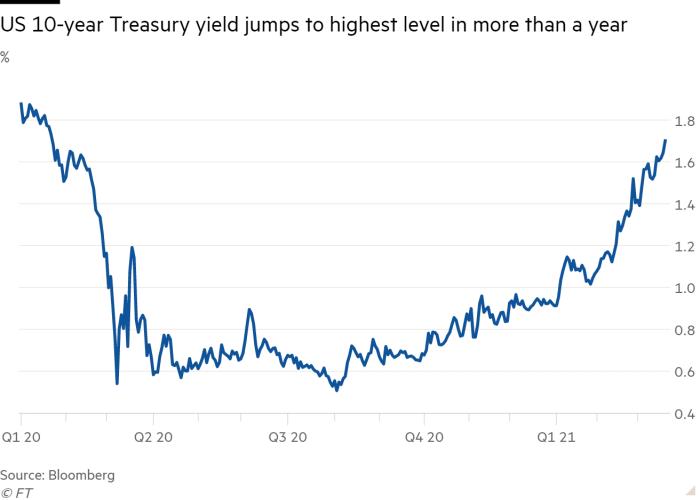 But summer has officially arrived, and Treasury yields have actually moved in the opposite direction.

As of June 14, the yield on the U.S. 10-year Treasury Note was trading right around 1.50%—roughly 14% lower than the 52-week high. More importantly, that’s a full point lower than the worst-case boogeyman scenario.

Considering the global economy is recovering and that widespread vaccination programs are being conducted across the world, it makes one wonder why yields have dropped recently, instead of continuing their move higher.

That’s not necessarily an easy question to answer, but at its core, the downdraft in yields likely reflects moderating expectations for the strength of the post-COVID economic rebound—or at minimum, the sustainability of said rebound.

One factor tempering expectations may be the fact that while vaccination levels in the United States are high (>50% of the population), the rest of the world remains far behind. At this time, it’s estimated that about 20% of the total human population has received at least one dose of an approved COVID-19 vaccine.

While that’s no small feat, the reality is that more people will need to be vaccinated before many countries reopen their borders to foreign travelers—the U.S. included. And while tourism isn’t the most important industry on the planet, it has long been a critical indicator of global prosperity.

The graphic below highlights how much of the world may not be vaccinated until well into 2022. 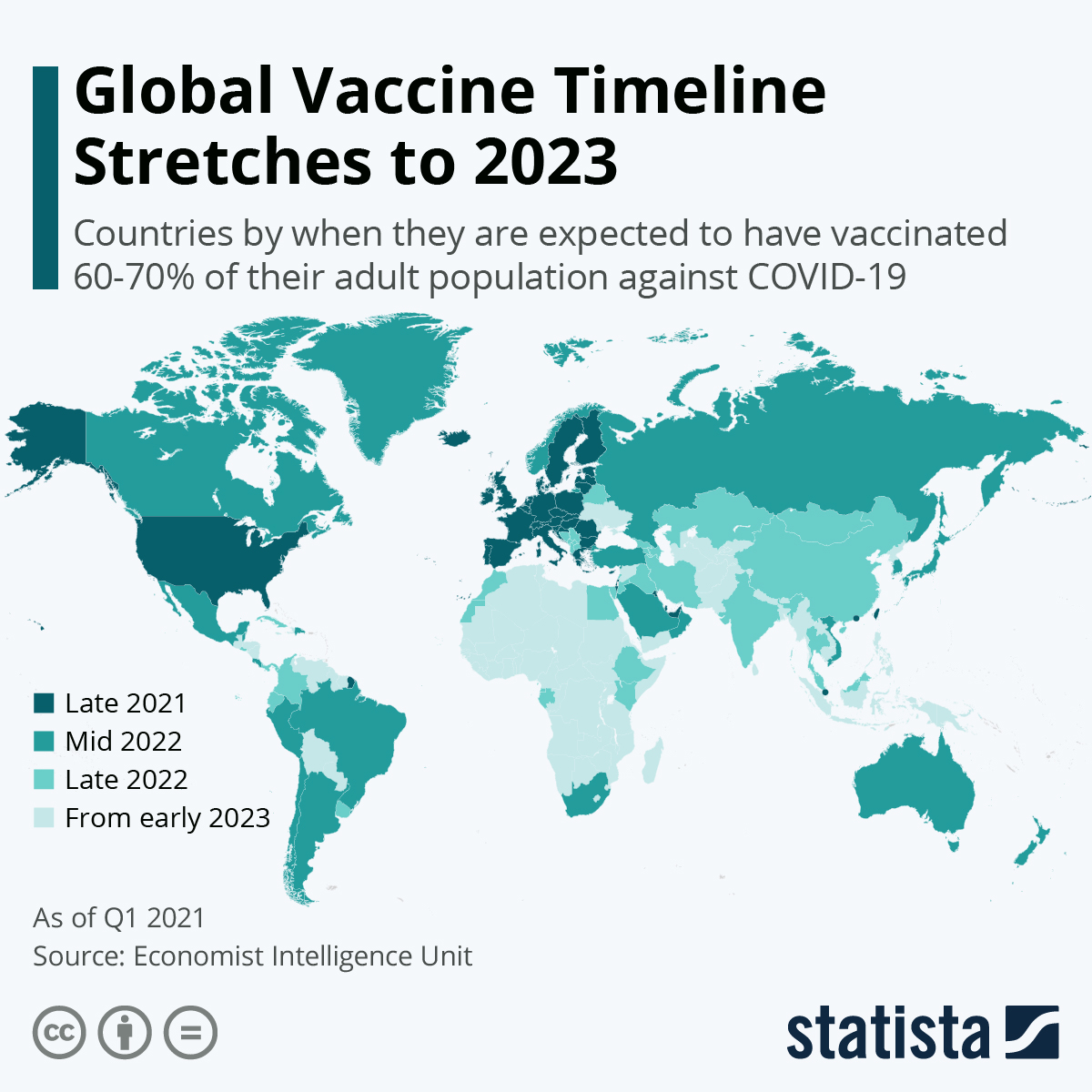 Reflecting these harsh vaccination realities, China recently announced that it doesn’t plan to open its borders to foreign travelers anytime soon. And that’s despite the fact that China has administered more than 900 million doses of vaccine within its borders (to date).

Considering that COVID-19 supposedly originated in China, one would expect that the reopening of that country’s borders will be an important step in symbolizing the “conclusion” of the pandemic. This is especially important given China’s critical manufacturing role in the global economy.

Based on anecdotal evidence, it seems that many other countries in Asia won’t be opening up to outside travelers anytime soon, either. Vietnam, which was a big winner from the recent U.S.-China Trade War, probably won’t reopen its borders to foreign travelers until 2022.

And importantly, it’s not just tourists that have been affected, as existing international travel restrictions often impact business people, as well. The reality is that fewer business travelers undoubtedly equates to less business.

Further illustrating the destruction wrought by the pandemic, consider that Hong Kong was the most visited city on the planet in 2019 with more than 27 million unique arrivals. During 2020, that number dropped to 3.5 million—the lowest annual total on record.

Outside of the travel indicator, there’s been evidence from other markets that expectations for the COVID-19 economic rebound may be tempering. Lumber prices, which skyrocketed in the last nine months, are now down 22% since May 10. Housing starts in the U.S., which had also been strong in 2020, similarly experienced a big drop recently —declining 13.4% from March to April.

And just the other day, consumer data collected during the month of May indicated that retail sales in the U.S. dropped last month. That same trend was observed in China, where retail sales were also a disappointment in May.

These moderating economic indicators may help illustrate why the U.S. Federal Reserve has been so consistent (not to mention confident) when referring to 2021 inflationary pressures as “transitory” (i.e. temporary). 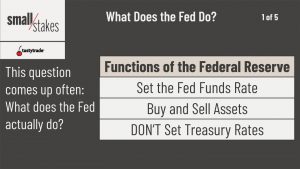 Importantly, an update from the U.S. central bank is due on June 16 when the nation’s top bankers break from a two-day policy meeting. Just a couple months ago, leaders at the Fed reiterated their intention to leave interest rates unchanged in the U.S. (i.e. near-zero) through 2023.

Investors and traders will undoubtedly be watching closely this week to see whether those sentiments have changed.

For updates on everything moving the markets, readers can also tune into Tastytrade Live—weekdays from 7 a.m. to 4 p.m. CST.

Get Luckbox! Subscribe to receive 10-issues of Luckbox in print! See SUBSCRIBE or UPGRADE TO PRINT (upper right) for more info or visit getluckbox.com.