The non-fungible token (NFT) craze has taken the investing/collectibles world by storm in 2021, but there’s another blossoming collectibles trend that’s arguably even weirder.

As longtime horticulturalists are likely well aware, the market for cacti and other rare succulents has gone vertical—and not just in terms of growth towards the sun.

Interest in the collection of rare plants was already increasing prior to the pandemic, but that trend has exploded in the last year as homebound amateur gardeners have zeroed in on rare plants—especially cacti and other succulents.

And while it may sound shocking, some of the rarest species on earth are now fetching millions of dollars.

Those price tags likely help explain some other worrisome trends—namely, a sharp increase in international plant poaching from the wilderness, as well as outright theft of rare plants from longtime collectors and dealers.

Case in point, the Arid and Aroid Nurseries located in Silang, Philippines recently confirmed on its Facebook page that a rare BG Regale plant (Sansevieria Rorida) worth an estimated $200,000 had been stolen.

The plant in question was exhibited at Agriculture magazine’s four-day Cactus, Succulent, and Bromeliad Festival in 2020, where it was one of the featured entrants.

While hard to believe, the nursery had also previously been robbed of a rare Agave filifera compacta nicknamed “Pinky.” That plant was later recovered by the nursery.

Unfortunately, crime linked to rare plants appears to be on the rise globally, with high-profile cases hitting the newswires seemingly every month. 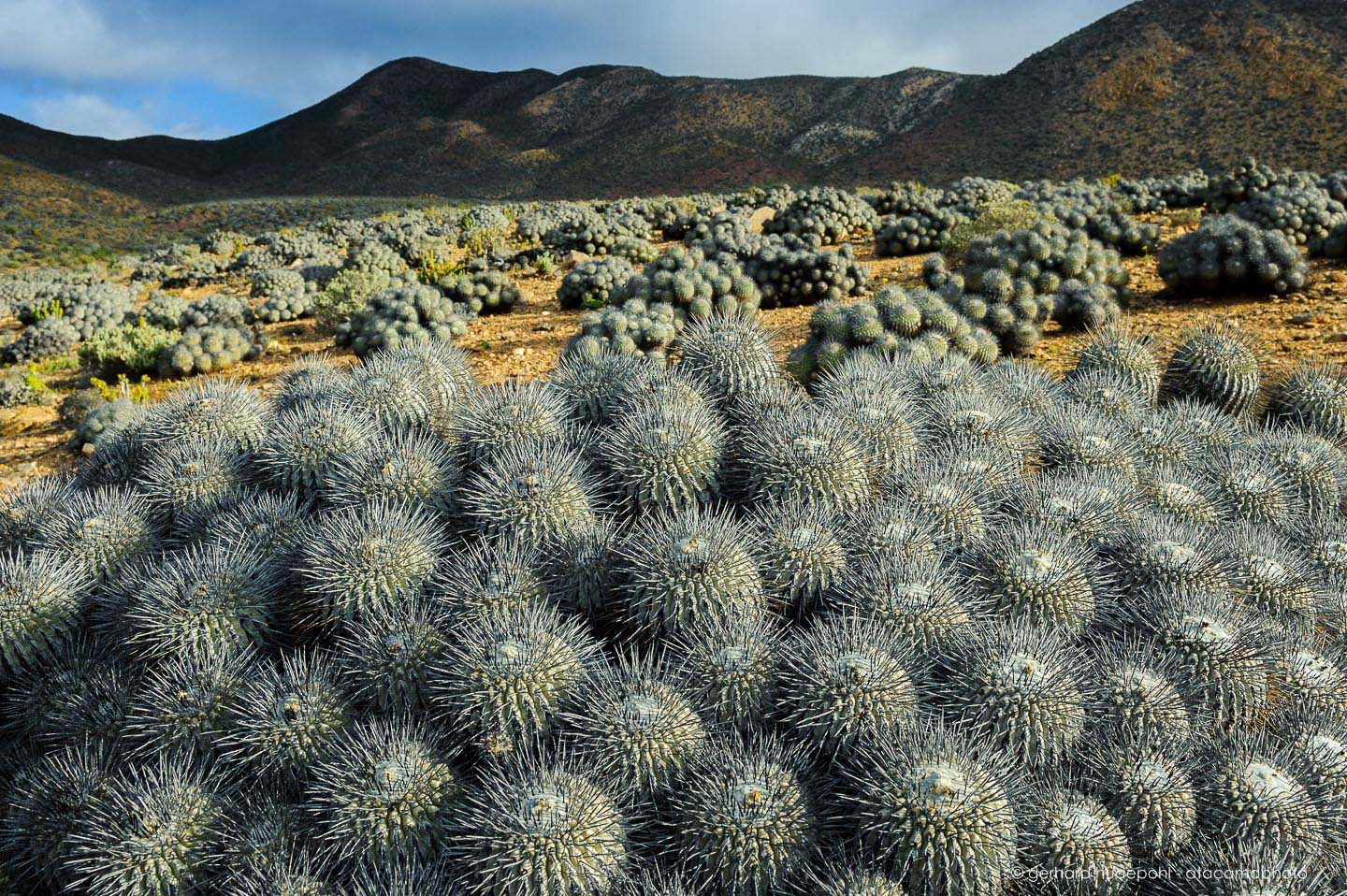 Pictured above: Rare cacti in the Chilean desert. Source, Atacamaphoto.com

For example, in February of 2020 police officers in Italy responded to a tip in Senigallia (on the Adriatic coast) and discovered about 1,000 rare Chilean Copiapoa and Eriosyce cacti (valued at more than $1 million dollars) that had been smuggled into the country illegally.

All of the plants originated in Chile—a country that strictly prohibits the export of rare plant species. Some of those rare (not to mention illegally-obtained) cacti are believed to be more than 100 years old.

The Italian story underscores one of the biggest challenges attributed to the spiking popularity of rare plants collecting—illegal poaching.

Due to skyrocketing demand for succulents in Asia (primarily China, Japan, and South Korea), international poachers have fanned out across the globe to secure valuable inventory. This typically involves the illegal removal of sought-after plants from the wild.

After all, one can’t overlook the fact that the majority of the highest value plants are very old—meaning black market traffickers (or collectors/dealers for that matter) can’t go out and grow them on their own.

Along those lines, a man from El Paso, Texas plead guilty last June for his part in a smuggling ring believed to have shipped thousands of rare “living rock cacti” to various collectors in Europe and Asia.

Living rock cactuses (Ariocarpus Fissuratus) are found only in the Big Bend region of the Chihuahuan Desert, according to the U.S. Fish and Wildlife Service. While they are relatively plentiful in that region, they have a limited range outside of there, and usually take decades to reach maturity.

A similar case popped up in 2019 involving Dudleya succulents, which are most prevalent on the U.S. West Coast. With a range running from southern Oregon down through Baja, these plants look similar to a lotus, which may help explain their rising popularity in Asia.

In June of 2019, three men from California were charged with stealing more than $600,000 worth of wild Dudleya succulents from public lands.

According to the U.S. Department of Justice, one of the three men shipped more than 5,000 Dudleya plants—weighing over 500 pounds—to South Korea. The conspirators allegedly drove around California to various state parks, pulled the plants out of the ground, and then transported them to a nursery in San Diego county.

Recorded cases of succulent poaching date back at least two decades in California, but authorities have divulged that plant-related criminal activity is now increasing in frequency and severity. 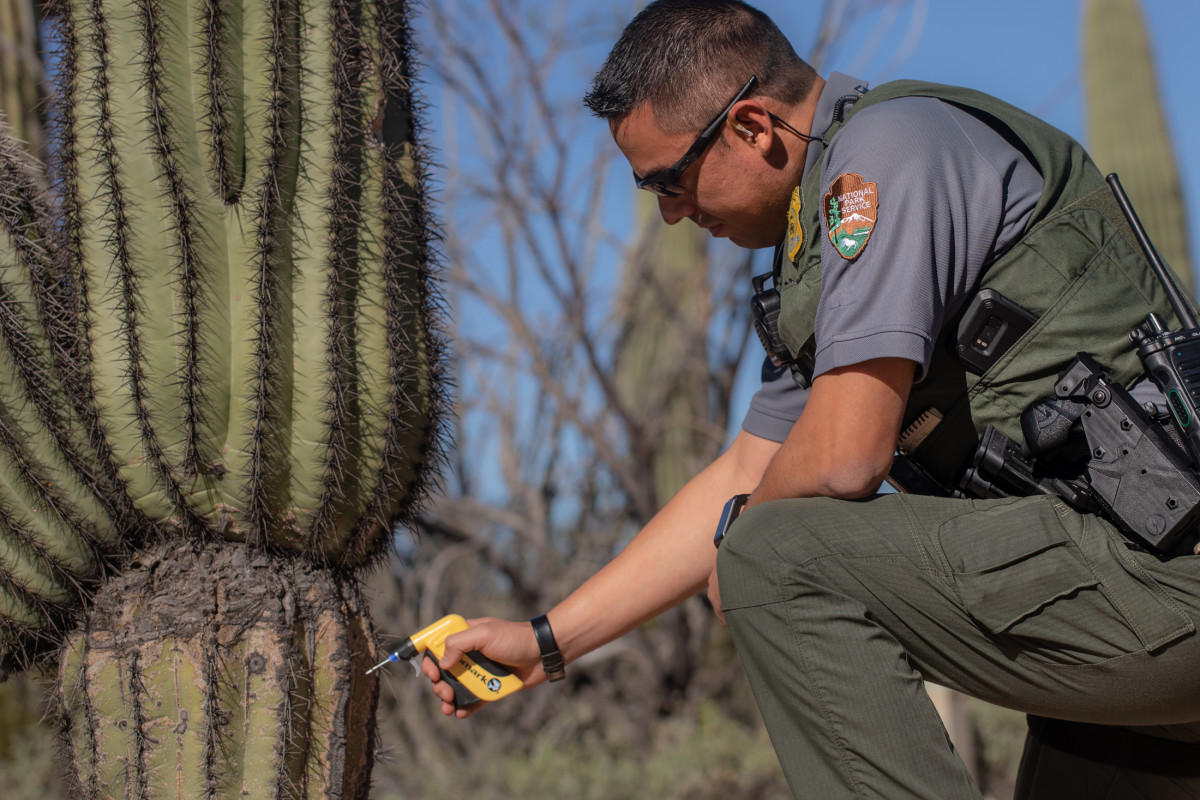 Environmental experts have urged for a coordinated approach toward cracking down on illegal poaching, because such activities weaken ecosystems that are already under pressure from invasive plant species and ever-expanding commercial development. Losing native species also wreaks havoc on the pollination cycle.

Sadly, other regions of the world are experiencing the same type of environmental destruction, as hundreds, if not thousands, of illegal poachers are also active in South America and Africa. Critically, it’s believed that over 30 percent of the world’s nearly 1,500 cactus species are threatened with extinction, some of that due to illegal poaching.

Of course, the increasing popularity of plant collecting isn’t all bad, with many new businesses popping up across the United States to service this burgeoning sector. The pure joy and satisfaction plant collectors receive from this hobby can’t be minimized, either.

As an example of recent success in the rare plant sector, the Arid Room in Brooklyn advertises itself as a place where “the weird and wondrous of the desert twist and turn, spike and groove, stretch and globe.” The Arid Room is a dedicated space for selling cacti and succulents within the broader Tula Plants and Design in Greenpoint, New York.

Along those lines, the Deku Tree in Sioux Falls, South Dakota recently announced plans to expand its operations. With a name inspired by a video game character, the Deku Tree also specializes in rare succulents, cacti and exotic plants.

Much like NFTs, the rare plant-collecting story appears to be only in the early innings, meaning the various impacts of this growing activity—both positive and negative—aren’t yet fully known.

And just like with NFTs, it will be interesting to see how this niche of the collectibles universe develops in the months and years to come.

To learn more about how the blockchain technology that underpins Bitcoin and NFTs works, readers may want to review a previous installment of The Skinny on Quantitative Finance on the tastytrade financial network.