With the UEFA European Championship (aka the Euro Championship) in full swing, the European continent has seized the attention of the international sports betting community—as it does every four years. France is the early favorite in the betting odds to hold off contenders Italy, Belgium, England and Germany.

And many in the European financial community are likely hoping that some of that buzz rubs off on the region’s primary currency—the euro.

Despite being one of the world’s top currencies in terms of daily trading volume, the euro has arguably lost some steam in recent years, in both value and reputation. But some emerging developments could shift that narrative in the near future.

One telling sign for the euro would be a breakout from its recent trading range. Relative to the U.S. dollar, the euro has been seemingly frozen in time since August of 2020.

Over the last ten months, the euro/dollar exchange rate has been trading in such a tight range that it almost perfectly exemplifies a sideways market—between 1.18 and 1.23.

For example, the current EUR/USD exchange rate is approximately 1.18, which means it takes roughly $1.18 dollars to purchase a single euro.

Recent strength in the U.S. dollar has catalyzed a slight depreciation in the euro during the last ten days, but looking at the broader relationship between these two high-powered international currencies, the euro has been trading in an extremely tight range against the dollar for about ten straight months. 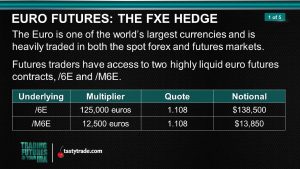 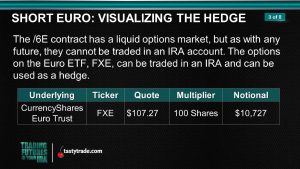 Looking at the complete history of this exchange rate, most will likely recall that the euro debuted at a rate of about 1.15 versus the dollar in February 1999—meaning $1.15 dollars were needed at that time to purchase a single euro.

After trading briefly below 1.00 in the next couple years, the euro proceeded to strengthen significantly against the dollar during the first decade of the 21st century. That rally ultimately pushed the euro/dollar exchange rate as high as 1.60 during July of 2008.

The euro remained relatively strong against the dollar from 2008 to 2014, at which point it nose-dived versus the greenback. By April of 2015, the euro/dollar exchange rate declined to roughly 1.06, which represented about a 34% decline from its July 2008 all-time high.

From 2015 to 2020, the euro/dollar exchange remained depressed, with the rate trading about 1.10 heading spring of 2020—only slightly above the lowest levels observed in the last couple of decades.

Interestingly, the onset of the pandemic appears to have lit a fire under the euro, with the currency appreciating significantly against the dollar during the summer of 2020. That move was likely attributable to an extremely dovish stance adopted by the U.S. Federal Reserve, and the perceived inadequacy of the U.S. response to the COVID-19 pandemic.

Regardless of the exact reason, the euro/dollar exchange rate rallied to 1.20 last summer and has traded tightly around that number in the time since. 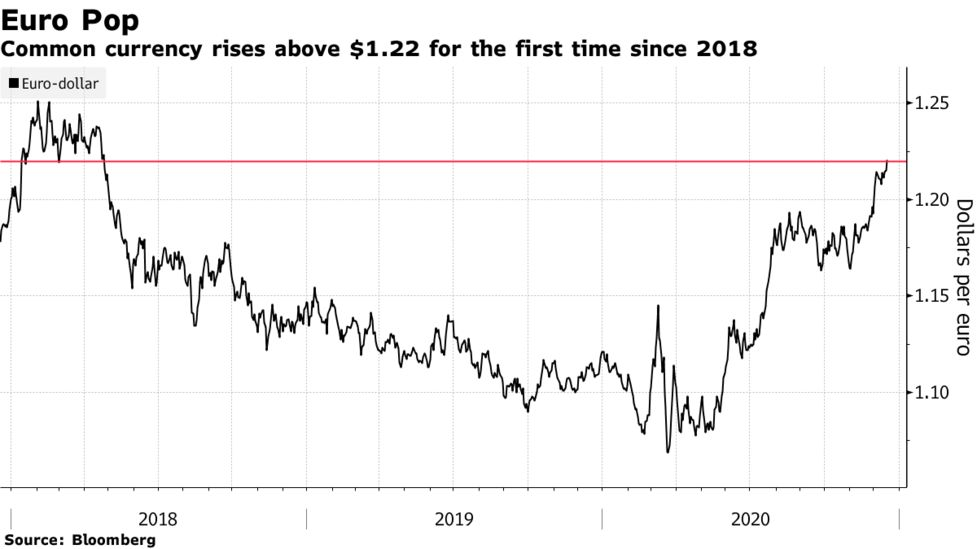 Several factors suggest that interest in the euro could increase in the foreseeable future. For one, the Eurozone has announced preliminary plans to pursue a digital version of its currency, much like China’s expected adoption of a digital yuan.

While it’s difficult to predict how a digital euro might impact international currency markets, one can see how increased access to the euro via digital means could be an incremental positive.

In the meantime, the biggest levers moving the EUR/USD exchange rate will probably rest with the respective central banks from those regions. As observed last week, the adoption of a slightly more hawkish tone by the Federal Reserve appears to have boosted the fortunes of the dollar relative to the euro—at least temporarily.

Going forward, the relative strength of the economic rebounds in the United States and the Eurozone could dictate which way the EUR/USD exchange rate moves, as well.

For currency traders, these will be important themes to monitor in the coming weeks—alongside the knock-out rounds of the Euro Championship.

To learn more about trading foreign currencies using an exchange-traded fund like Invesco CurrencyShares Euro Currency Trust (FXE), readers may want to tune into a previous episode of The Options Workshop on the tastytrade financial network.

More information on trading international markets is also available on this installment of Options Jive.