While anticipation abounds over the prospect of an environmentally-friendly electric vehicle (EV) revolution, that sea change won’t arrive without a significant boost to the lithium supply chain, or a tectonic breakthrough in new battery technology.

That’s because virtually every EV currently on the road is powered by a lithium-ion battery. Expanding the global fleet of EVs will therefore require a vast supply of lithium to make new batteries.

And as highlighted by Luckbox in February of 2020, the global financial markets are starting to take notice. Case in point, since February of last year, the Global X Lithium & Battery Tech ETF (LIT) has rallied by roughly 300%.

That includes a 5% pop in LIT just this week, after General Motors (GM) announced a new agreement with an emerging lithium supplier in the United States. 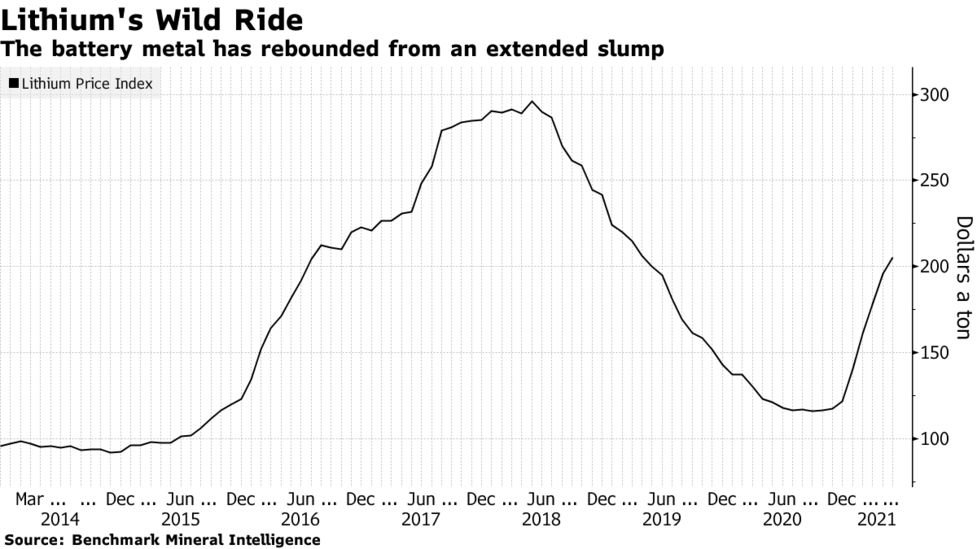 However, the actual delivery of lithium by Controlled Thermal Resources is anything but guaranteed. That’s because Controlled Thermal is planning to establish its primary lithium mine at the Salton Sea located in Southern California.

The Salton Sea is somewhat infamous in that region due to its extreme levels of toxicity. It’s known as an “accidental reservoir” because it was created as the result of spill-off from the Colorado River during the early 20th century.

The Salton Sea is also believed to hold one of the country’s largest stores of lithium brine. So much lithium, that some estimates suggest a large-scale lithium mine operating in the region could meet up to 40% of the total annual demand for the mineral.

But getting there won’t be easy, and currently, the mine is only an idea.

Controlled Thermal’s attraction to this location—aside from the vast stores of lithium brine—is attributable to ten geothermal power stations operating in the area that use steam pumped from the ground to produce electricity. A byproduct of that process is a saline liquid rich in lithium.

The miner intends to funnel that saline brine byproduct into open pits, which would allow for an evaporation process that yields the desired lithium.

One complication is that the existing water in the Salton Sea is so heavily polluted with chemicals that many scientists have wondered about the environmental impact of such activity.

Over the course of many years, chemicals such as arsenic and selenium have seeped into the Salton Sea as a result of commercial and agricultural runoff. As water levels have dropped in the reservoir, those chemicals have been released into the air. A process that has been exacerbated by years of drought—including during 2021.

These environmental concerns could slow down the implementation of Controlled Thermal’s lithium mining plan, especially given that the Salton Sea is located in California—a state well known for its strong adherence to environmentally friendly policies.

As a result, it’s entirely possible that the company won’t achieve its goal of delivering lithium to GM by 2024—or ever, for that matter.

But considering the massive momentum propelling the EV revolution, it’s almost assured the required lithium will be produced somewhere—if not at the Salton Sea, then by countries such as Argentina, Australia, Chile and China—the top nations supplying lithium at present. 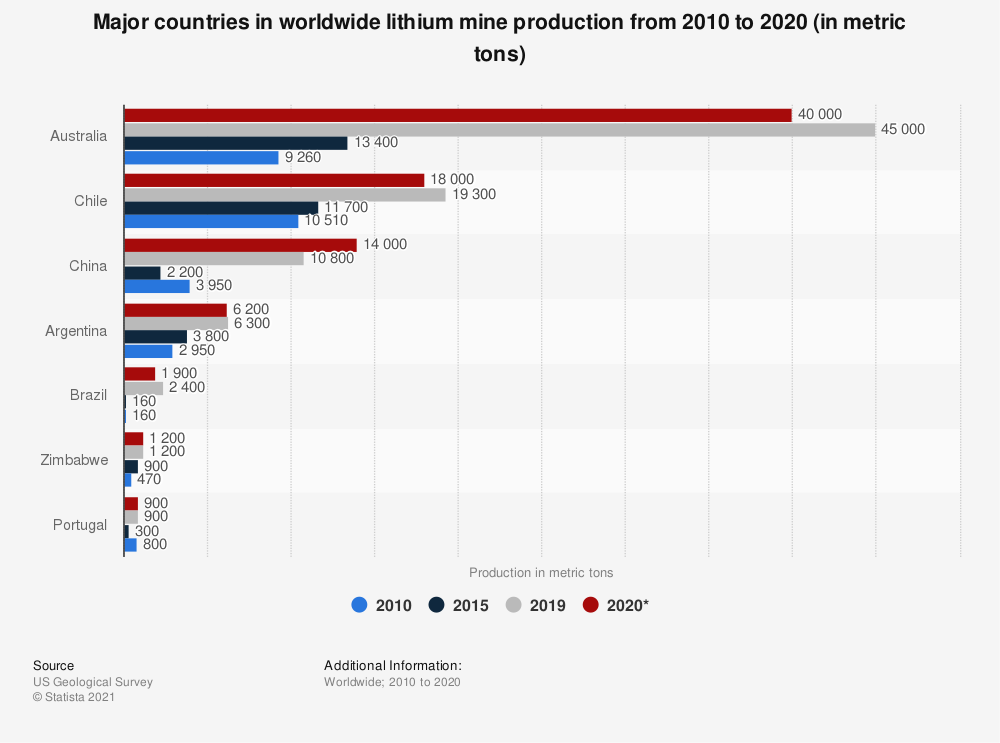 Even though the United States possesses some of the world’s largest lithium reserves, it currently has only one large-scale lithium mine—Silver Peak in Nevada—which first opened in the 1960s and produces just 5,000 tons a year (less than 2 percent of the world’s annual supply).

That means most of the raw lithium used by American companies comes from Latin America or Australia, with the majority of it being processed and converted into battery cells in Asia.

Outside of lithium, it’s also possible that a new technology could emerge which reduces the world’s reliance on existing batteries.

As previously outlined by Luckbox, one of the most promising potential replacements are “solid-state” batteries. But there’s no guarantee that such batteries will be available for commercial use anytime soon, especially at the scale necessary.

A breakthrough on the solid-state battery front would in all likelihood represent a watershed moment in transportation history.

Interestingly, it’s not Tesla (TSLA) at the forefront of solid-state battery innovation. The company hasn’t said much publicly about solid-state batteries, and has instead stated its intent to produce more efficient lithium-ion batteries that offer longer ranges and faster recharging, as compared to current offerings.

Instead, it’s Toyota (TM), a legacy automotive player, that appears to be one of the leaders in the race toward a commercially viable solid-state battery. A Toyota EV prototype powered by a solid-state battery was expected to be unveiled at some point in 2022.

Another exciting story in the solid-state niche involves a company named QuantumScape (QS), which went public in November. Last year, from Dec.1 to Dec. 22, the stock shot up from $47/share all the way above $130/share, appreciating more than 176%.

But earlier this year, the stock collapsed back down toward $50/share, and is currently trading around $23/share.

The company was originally spun out in 2010 from a research project conducted at Stanford University. QS has since entered into a 50/50 joint venture with Volkswagen Group (VWAGY)—the latter of which has invested hundreds of millions into the collaboration.

Aside from the aforementioned tickers, interested investors and traders can also access exposure to the lithium/battery sector through the global producer Albemarle (ALB), which recently hit a fresh all-time high.