The acronym FOMO (fear of missing out) has become increasingly common in the financial universe. But beyond the meme value of this buzzword, investors and traders may want to guard against this potentially dangerous state of mind.

Moreover, market data suggests that the basis for FOMO in the financial markets is likely overstated, as well. But before diving into that research, here’s a quick review of FOMO’s origins.

FOMO in the modern lexicon started out as a social anxiety, essentially stemming from a feeling or perception that others are having more fun, living better lives or experiencing better things. FOMO is founded in a sense of envy and can have a negative impact on one’s self-esteem—among other negatives.

The psychology behind FOMO has likely existed for centuries, but the term was first coined in 1996 by the marketing strategist Dr. Dan Herman. Interest and academic research into this psychological phenomenon has expanded significantly in recent years, in large part due to the rising influence of social media in people’s lives.

These days, most netizens can instantly access the life and times of the rich and famous, a situation that has undoubtedly contributed to rising feelings of jealousy and envy—especially for heavy users of social media.

Given that background, it’s no great surprise that FOMO has carried over into the financial markets. And while that occurred long ago, the digital age has likewise increased the delivery speed—and depth—of potentially envious market data and narratives.

Considering that the primary goal of investing and trading is to make money, it’s easy to see how investors and traders in the modern financial markets might be particularly susceptible to the “fear of missing out.”

But much like other emotion-based decision making in the financial markets, investors and traders should be careful to guard against the potential negatives associated with FOMO. This is especially true for market participants that have already found consistent success utilizing a more disciplined approach in the markets.

Given the stratospheric gains in the cryptocurrency markets in recent years, this asset class has been especially pertinent to the FOMO phenomenon. Those that bought a cryptocurrency such as Bitcoin when it was trading for less than a penny have obviously been on the right side of that trade. The same goes for Gamestop (GME), and more recently, AMC Entertainment (AMC).

However, one can also easily see how a FOMO-driven trader that purchased Bitcoin for more than $60,000/coin at the peak of the recent frenzy might be far less pleased with their decision-making. Especially considering that Bitcoin is currently trading closer to $32,000/coin. 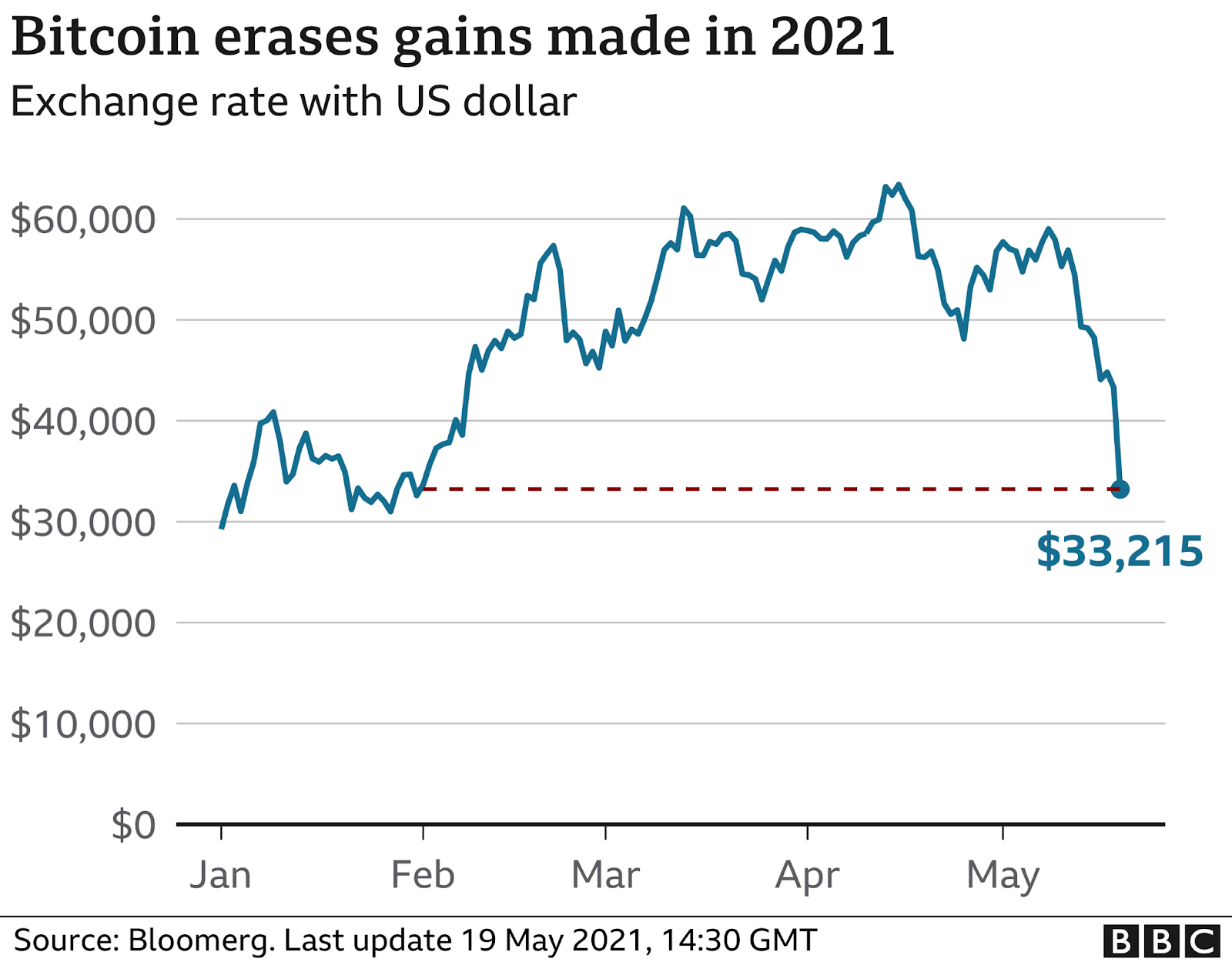 The reality is that the best financial opportunities usually exist before they are picked up by the mainstream media. Usually, but not always.

Likewise, back when Bitcoin was trading for less than a penny, there were plenty of other highly attractive investment opportunities available—not just Bitcoin. And those arguably carried a lot less risk, which is an important consideration that often gets overlooked.

The reality is that investment opportunities which produce extreme gains (like Bitcoin) are fairly rare, a point that was demonstrated via new research conducted by the tastytrade financial network.

Sampling more than 1,000 underlyings from a variety of asset classes, tastytrade found that the returns over the last year for the “average” asset were much more limited as compared to those select few with stratospheric gains, and get covered so frequently by the mainstream media.

As shown below, the data reveals that the “average” investment over the last 12 months produced attractive (though less flashy) returns, with much less associated volatility (i.e. risk). 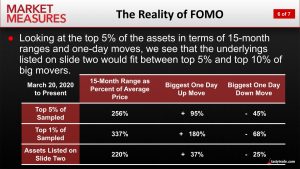 In the end, the above data helps demonstrate that much like social FOMO, the “fear of missing out” in the financial markets is based on the internalization of flawed norms, driven by a select few narratives that aren’t representative of the average.

Over the long term, the most prudent course for most investors and traders—depending on their unique market outlook, approach and risk profile—is probably to stick with a disciplined, systematic approach that produces consistent, repeatable results.

To learn more about a systematic approach to trading and investing, readers may want to review a previous episode of Everyday Trader on the tastytrade network. More information on tastytrade’s recent FOMO research is available via this episode of Market Measures.