Since opening to foreign investment in the late 1970s, the Chinese economy has steadily grown more integrated into the world of international trade and finance.

Back in 1979, the Chinese economy was ranked the 11th largest in the world based on gross domestic product (GDP). Today, China’s economy is the second largest on earth, and widely expected to take over the number one slot at some point in the next decade.

In tandem with that trajectory, China’s national currency has likewise transformed into a highly relevant international powerhouse. The Chinese currency is commonly referred to as the yuan, the CNY or the renminbi (aka RMB).

Considering that the United States and China constitute the two largest economies on earth, that means the relationship (i.e. exchange rate) between their currencies is also highly pertinent to world affairs. An exchange rate reports how much it costs to exchange one currency for another.

For example, the current USD/CNY exchange rate is approximately 6.5, which means it takes roughly 6.5 yuan to purchase a single dollar. The USD/CNY exchange rate has gathered increased attention recently because the dollar has steadily depreciated against the yuan during the last ten months.

Prior to the onset of the COVID-19 pandemic, the USD/CNY exchange rate was about 7—meaning one U.S. dollar could be exchanged for roughly 7 RMB.

However, since May of 2020, the dollar has steadily depreciated against the RMB, with the current exchange rate between the two now at 6.5. That indicates China’s currency has appreciated about 7% against the dollar since early summer of last year. 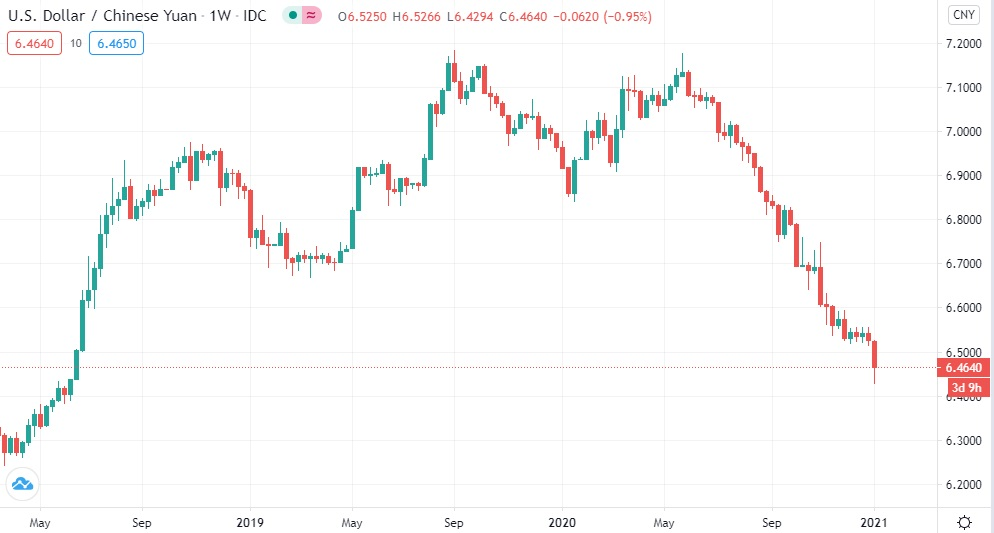 Market pundits have suggested that the recent trend in USD/CNY exchange rate can be attributed to the respective responses of the two countries to the coronavirus pandemic. Specifically, analysts point to the fact that China was able to open a larger portion of its economy sooner than the United States.

Additionally, the fact that interest rates in the United States are so low is likely another reason that capital is being funneled toward the yuan, as opposed to the dollar. The yield on 10-year Chinese bonds at this time is roughly 3.17%, as compared to the yield on the U.S. 10-year Treasury Bond, which trades for about 1.53%.

While the Chinese yield may appear more attractive in absolute terms, one must keep in mind that the risks of investing in China represent a different dynamic than investing in the United States.

Going back to 2010, the strongest level for the yuan relative to the dollar occurred in February of 2014, when one dollar yielded only six yuan. From here, the yuan would need to appreciate by another 8% vis-a-vis the dollar to achieve that same level of strength.

Obviously, the future of the USD/CNY exchange rate isn’t easy to predict. An aggressive vaccine campaign in the United States could help the American economy get back to full strength, and in turn allow the dollar to recoup some of its losses against the yuan.

But if the U.S. economy doesn’t rebound as expected, then one could see the reverse scenario play out—further erosion in the dollar relative to the yuan.

From the perspective of American exporters, a weakened U.S. dollar isn’t necessarily bad news—American-made goods get relatively cheaper for foreign customers when the dollar is dropping.

However, a weak dollar has negative consequences as well. At the top of the list, foreign-made goods (i.e. imports) get more expensive for American consumers when the dollar loses value. Considering how reliant the U.S. economy is on imports, one can easily see how that development could cramp consumer spending.

Additionally, inflation concerns have already spooked the financial markets in recent months, and a declining dollar can further exacerbate that type of pressure, as well. When inflation speeds up, more dollars are required to purchase goods. And if the dollar is simultaneously declining, that means even more dollars are needed—essentially a domino effect.

Suffice to say, recent spikes in U.S. government debt aren’t helping the dollar, either. The national debt of the United States has increased from about $10 trillion in 2008 to nearly $27 trillion in 2021—an astounding ascent in many regards.

While the U.S. can theoretically print infinite dollars to service its debts, such an environment has consequences —one of them being downward pressure on the value of the national currency. An unfortunate reality that may be playing out in real time. 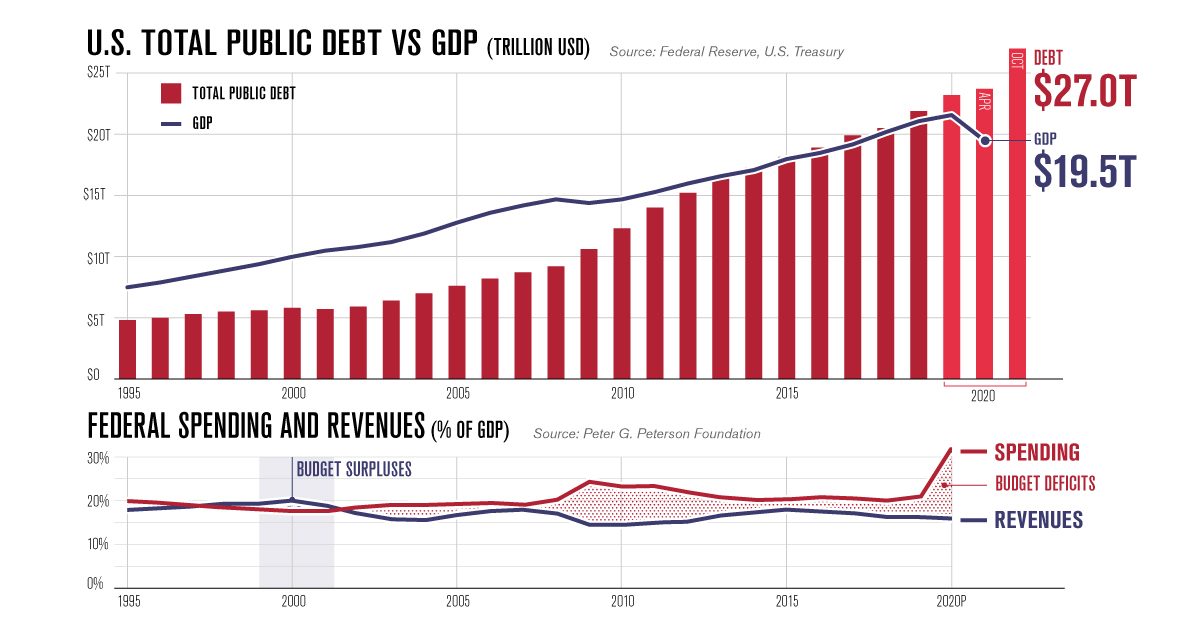 Investors and traders seeking to learn more about trading the U.S. dollar are encouraged to to review a past installment of Small Stakes on the tastytrade financial network.

Additionally, the Small U.S. Dollar (SFX) offered by the Small Exchange provides exposure to the greenback relative to a basket of international currencies—including the Chinese yuan.

All About Amazon: The Luckbox Survey